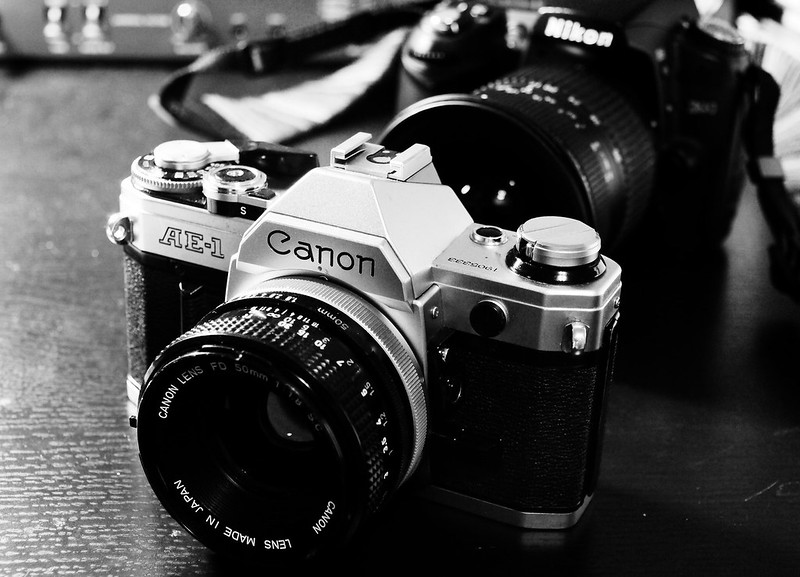 Do expensive cameras make you a better photographer? Does the camera really matter? Do equipments matter?
Photography is one of those rare crafts where the tools seem to be getting more recognition than the performer. You show someone a great photo and the most common responses are “what kind of camera was used?” or “what kind of lens?” It is quite baffling when you really think about it. No one really praises the piano over the pianist. Everyone seems to be in agreement that it’s the runner that does the running and not the gym shoes. A painter’s brush would never deserve more credit than the painter. In all of these examples, it’s unthinkable even to debate whether it’s the tool or the performer that ultimately deserves credit. But photography is strange. People actually argue and debate whether it’s the camera or the photographer that is responsible for the result. It’s one of the fiercely debated topics that spans many decades.

Why is this? Maybe because anyone can pick up a decent camera and actually produce a photo. These days it’s even easier to do so, because modern cameras have far more advanced automations and smart program algorithms that not only makes taking photos easier but are capable of producing decent results even when you’re not trying. It’s easy to see why one would think the camera appears to be doing all the work.  This blurs the line between the competency of the performer and the role of the tool even further.

Chase Jarvis has famously said, “The best camera in the world is one that’s with you.”  Many famous photographers seem to share this attitude. But almost all famous photographers who opined that the equipment didn’t matter own a Leica, collection of precious Zeiss glasses, and photo gears that cost more than a family car. It seems apparent that hardly anyone is practicing what they preach in the photography circles. So in some ways it leads me to believe that maybe the equipment does matter. Or does it?

It appears that in photography that every ingredient is spelled out for you such as f-stop, shutter speed, iso, and so on, which creates an illusion that one may be able to produce professional results as long as the vital settings are imitated. But such notion is as illusive as believing that one can play as good as any famous violinist simply by picking up the same type of violin and playing the same notes. If only art was that simple.

Photography is an art. Just as any other art, numerous unseen and unquantifiable factors are at play. Modern cameras help you achieve technical perfection with state of the art sensors, ultra sharp lenses, and advanced color processors. But technical perfection alone is rarely a critical ingredient for a great photograph. Great photographs create emotions that move people. That emotion is the result of numerous subjective elements working in harmony including story telling, pleasing proportions, intricate balance of elements, intriguing perspective, effective cropping, etc. No camera can help you achieve any of these no matter how expensive. These are decisions that you make in your brain as an artist.

So does the equipment matter? In all honesty, I’d be lying if I said the camera and the lens don’t matter at all. Because the characteristics of a lens or the speed of the camera does matter in certain situations. There are times when certain emotions and mood are dependent on the equipment’s capabilities. But these are things you worry about once you have become a seasoned photographer. You don’t become a good photographer because of the expensive equipments. Expensive equipments matter  after you’ve become good.

So, there you have it. My take on this debate is that the equipment somewhat matters only once you have become a good photographer. But even then, it’s not the equipment that makes great photographs. It’s your brain that dictates what a photograph should look like. The equipment is there only to execute your orders. Practically, any camera is capable of producing amazing photos. Yes, there are photo exhibits of iPhone photos that have won awards. Photography is strange.

This site uses Akismet to reduce spam. Learn how your comment data is processed.